Interview with Estes - Just In Time for NARCON

The latest episode of The Rocketry Show podcast was released today - just before we all head down to Cape Canaveral for NARCON 2019.

This is one we've wanted for a long time - Ellis Langford and Bill Stine of Estes Industries! There are some good tidbits in this show: stuff about the Saturn V kit, information about the upcoming 2019 catalog, and some tantalizing hints about new motors coming out!

To listen to the show, subscribe on your favorite podcast app, or just click here and listen online.

Hope to see some of you in Florida this weekend! 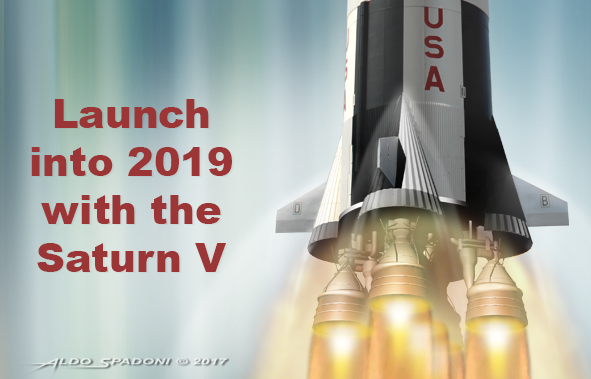 Have a question you'd like to see addressed on this blog? Email me at iamtherocketn00b@gmail.com.
Posted by The Rocket N00b at 9:45 PM No comments:

Estes Saturn V Build - One Small Step At A Time 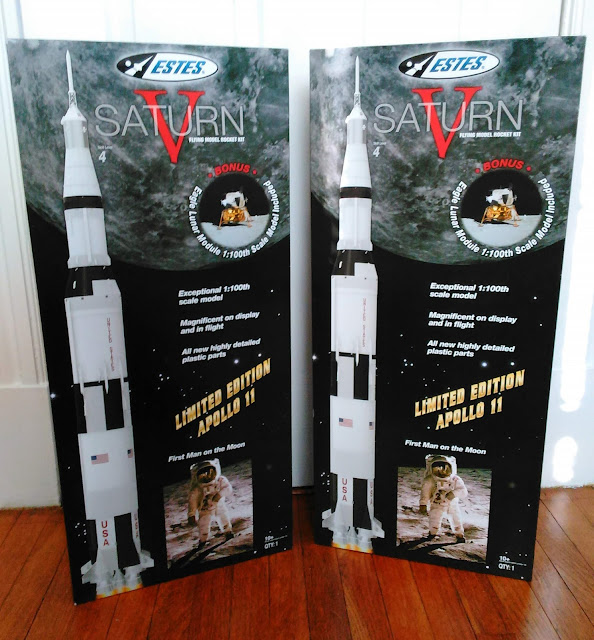 I've decided to post a build series as I work on the new, 50th anniversary edition, Estes Saturn V. This rocket has been covered before, most extensively and best by Chris Michielssen on the Model Rocket Building blog. If you're building this rocket and want to see real craftsmanship, you definitely should check out his build process by clicking here and following the links to the first post in the series.

I could just build this rocket without doing a whole series on it, because it's been done before by more experienced and skilled builders than myself. But I've decided to write it up for a few reasons.

First, I've been posting photos of builds on my Instagram and Twitter accounts, which is great, but it seems like a waste of this blog space not to write the build up here as well.

Second, this new edition is not merely a re-release of the previous Estes Saturn V. It's a re-design. There are improved wraps, and one or two different parts. There will be some interesting tidbits about this kit in the next episode of The Rocketry Show podcast, which will be out very soon.

Besides, I want to show you that you don't need to be afraid to try tackling a challenging build, even if you're not a master rocket builder like a Chris Michielssen. The only way to get to that level is to go for it. If you wait until you're "ready" to "do the Saturn V justice," you'll never build it.


I tackled the Dr. Zooch Saturn V months ago, which, while not as detailed, was a really tough build because of the small parts. It was a rocket I'd been waiting to build until I was "ready" for a long time. Then, when Dr. Zooch went out of business, I decided I needed to just go for it.

Did it turn out perfect? No. But it turned out better than I thought it would, and I learned some things from the build. Mostly, I learned that even if you make mistakes on a challenging build, you're probably going to be happier with your results than you think you will. Most likely, you'll be the only person who'll notice those mistakes, unless you point them out to people, and once you're done building it an are actually flying it, you won't notice them much either.

I've gotten pretty good at building basic sport models which usually turn out the way I want them to. This Saturn V is a much more ambitious project than something like a Der Red Max or Big Bertha, though. But July 20, 2019 - the 50th anniversary of the Apollo 11 moon landing - is fast approaching, and I want to have a Saturn V to fly on that day, so it's time to get building, even if this rocket is more than I've taken on in the past. 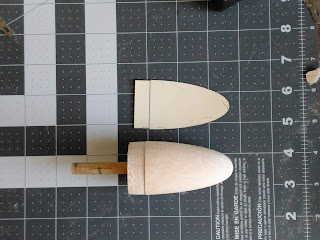 I haven't abandoned the Scratch-Built Big Bertha series, by the way. But since I'm doing the Saturn V in little pieces, I should be able to put out short posts on it regularly. Don't worry - the hand-turned balsa nose cone post in the Bertha series is coming soon.

This series isn't meant to be a how-to. In fact, I've deviated from the instructions in a couple significant ways. I don't recommend you do that, unless you understand the principles of model rocket stability and how to make sure your rocket is stable. I won't be sticking to the two motors Estes recommends for flight, so I need to be sure the rocket will be safe when it flies.

You'll notice from the photo at the top of the page that I have two of these. That is, I have two of the 50th Anniversary Apollo 11 release with the bonus Lunar Module static model. I also have one of the previous models which went out of production early last year, as I managed to buy it just before it was discontinued.

While it's true that the Saturn V is an expensive model rocket kit, and retails for around $90, you can find it for less. A number of sites and vendors sell the Saturn V kit at a discount. I got mine from AC Supply, which sells most Estes stuff at 40% off retail. They're around $54 on that site, and by buying two I not only have given myself permission to make a less-than-perfect build, I also got free shipping for purchasing more than $100 of merchandise (I always consolidate purchases on sites that offer free shipping over a certain amount).

I kept watching the tracking information, and for about a week, I was convinced the USPS had lost my package in transit, somewhere in western Massachusetts. Finally, the rockets arrived, and I was beyond excited!

I'll often buy a kit and hold on to it for a long time before I get around to building it. In this case, I want to have the rocket built, painted, and ready to fly by July 20, 2019, the 50th anniversary of the moon landing. As soon as I got a free moment, I started building.

I'll show my first steps in the next post.

Have a question you'd like to see addressed on this blog? Email me at iamtherocketn00b@gmail.com.
Posted by The Rocket N00b at 9:26 PM No comments: