Two Days Left until I move to Boston. All the rockets are packed, as well as the parts, unbuilt kits, tools, launch equipment... Oh, and records and books and blankets and clothes and stuff.

All my spare rocket parts are finally neatly organized, after many months of being strewn about the apartment.

I managed to get my Donor's Rockets complete just in time. The former Keith's Rocket, I named Copperhead, after someone's suggestion on The Rocketry Forum, and the Donor's Rocket is now named Imperius.

Turns out that in the world of Diablo (a game or something, I guess), Imperius is the archangel of valor. So, not a bad name for a rocket.

I had to take this picture before handing out the rockets on Friday, so the light is not too good. You can't see how brilliant the red and green are. But I was pretty proud of these. 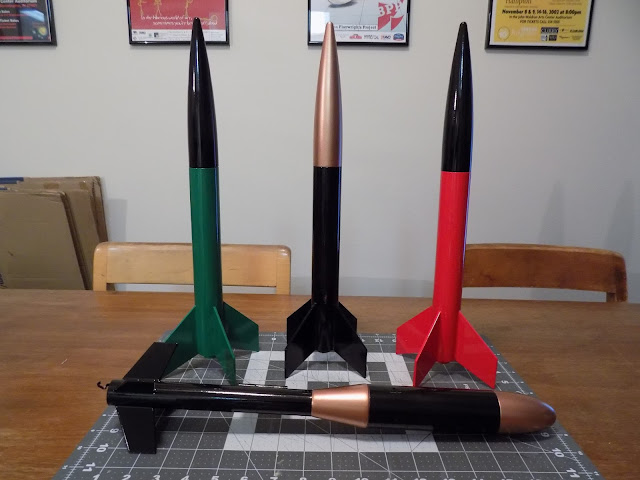 Bill over at the Rocketeer's Corner has created a new, old-fashioned rocket design contest, that he's calling ORC - the Old Rocketeer's Contest.

The first contest is called Delivering the Mail.

The idea is to design and build a rocket which flies on one or more 18mm motors (that's A through C standard sized motors, for any rocket n00bs reading this), which "must include as part of its structure some object used in the shipping of letters or parcels by the Post Office - mailing tube, shipping box, envelope, etc."

The contest ends August 12, and there are prizes available: a $60 eRockets gift certificate, an Estes Ventris (so cool!!), an Estes altimeter, a Semroc Centaur and a Squirrel Works Red Baron. I'm not sure if these are the prizes for the top five rockets, or whether it's winner take all, or winner select one, but these are some cool prizes.

To get all the details, head over to Bill's site and read the post here.

I feel guilty for not blogging much recently. Between teaching rocket camp, my day job, and preparing to move to Boston a week from Tuesday, I don't have much free time.

But camp has been going well. Several parents have told me that their kids have learned a lot. Which is great - and sort of surprising. These kids have absorbed a lot of technical information. Sometimes I've mentioned something once on one day, and half the kids don't look like they're even listening, and two days later, I'll ask a question, thinking I'll need to re-teach the information - but the kids know it! Concepts like total impulse and center of pressure are not easy to grasp at first, but these are some smart kids. 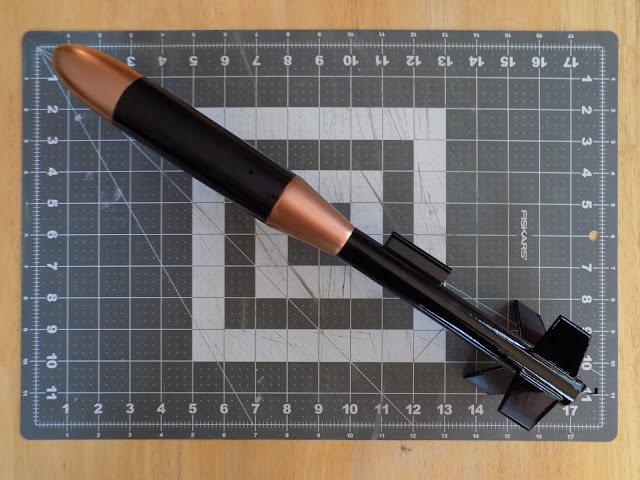 I'd originally bought the copper paint for the fins on the 3D Rocketry Nautilus II, but that rocket was lost before it was finished. Still, it looks great! I'm going to have to build one of these for myself. 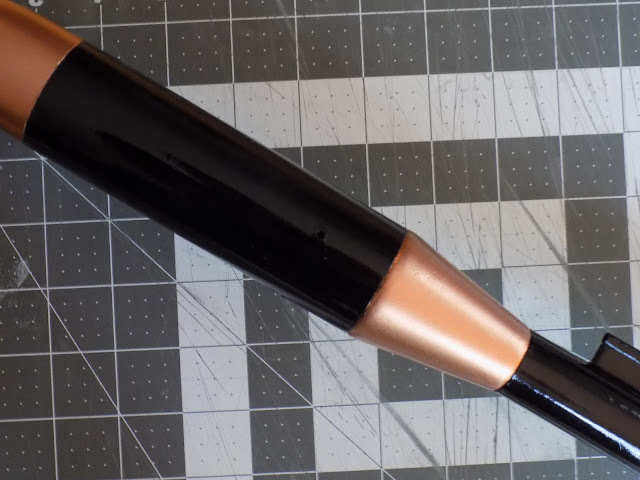 I have four more Donor's Rockets to finish painting. I hope to launch these next week - after rocket school!

It is Day 3 of my first of three weeks teaching model rocketry to 11-14-year-olds at the Ivy Tech College for Kids camp. The second and third days went much smoother than the first, and I'm really impressed with these kids!

Report, impressions and what I've learned to follow later this week - what worked, what didn't, and what I'm going to do differently next week.
Posted by The Rocket N00b at 4:11 PM No comments:

The model rocketry College for Kids camp I'm teaching starts Monday. For the first week-long session, I have five kids. I'm still finalizing my plan for the week's schedule, and I need to figure out what to do if it rains on Friday and we can't launch - that would be a huge disappointment!

These are coming along great. 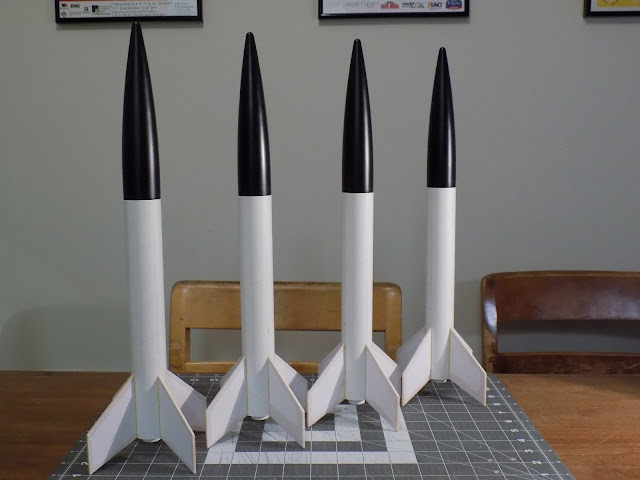 I'm building a fifth one for myself, with a D motor mount, but it's still in pieces.

These rockets need a cool name, though. "Donor's Rocket" doesn't have much of a ring to it. 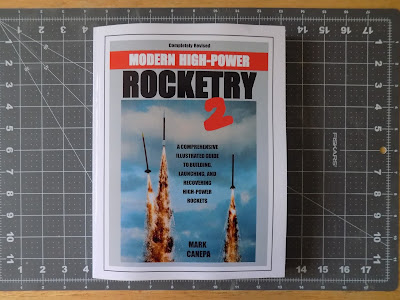 I'm not in a rush to get a high power certification, but I like having another book on hobby rocketry (side note: I don't like that term, "hobby rocketry." Something about the word "hobby" - like, a hobby horse is a child's fake wooden horse, not a real horse. Model rockets and high power rockets actually fly! But you know what I mean...). And I'm sure that some of the stuff in this book can be applied to mid power rockets as well. If I learn something from this book that I think my fellow rocket n00bs might find useful, I'll certainly incorporate that knowledge into this blog.

Who's that good-looking dude on Skype with CG of The Rocketry Show? 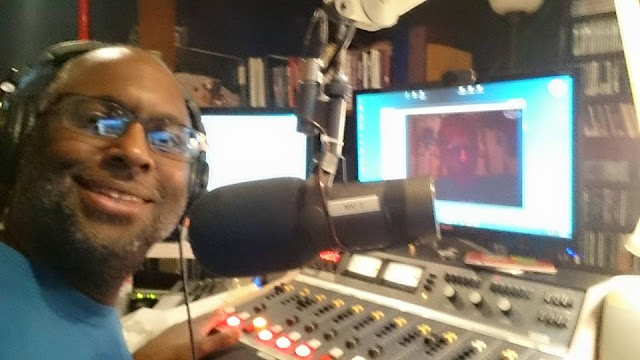 OK, it's off to Ivy Tech to submit my paperwork to HR. Rocket Camp, T-minus 4 days and counting!