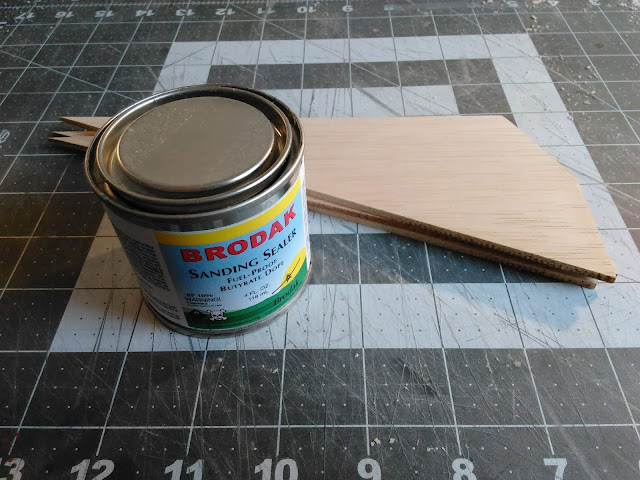 I recently wrote about a test of various balsa grain fillers and sealers and the weight they add.

Well, it's one thing to test out something in the abstract - on square pieces of balsa. I was curious how much I would add to an actual rocket I was building.

I'm trying to finish all the rockets I started last year before starting anything new. It's been tough! I've got so much on the build pile, and I'm itching to build everything. But experience has taught me that I should limit myself to one or two projects at a time, focus entirely on them, and I will actually be more productive - and enjoy building much more.

I started to build the Estes Hi Flier XL. Sometimes, when I start a kit, I'll cut some spare fins, and practice shaping them into airfoil or streamlined shapes, so I feel confident when I move on to the kit fins. Sometimes, if those fins turn out well, I go ahead and make a clone of the whole rocket - if I have the parts, which I often do. Usually, the clone ends up finished long before the original kit.

This is what happened with the Hi Flier XL. I built a clone, added a payload section, since it's long enough to require two body tubes, and painted it like my original little Hi Flier. It looks great, but it feels a little heavy, and doesn't fly as high as I'd thought it would. 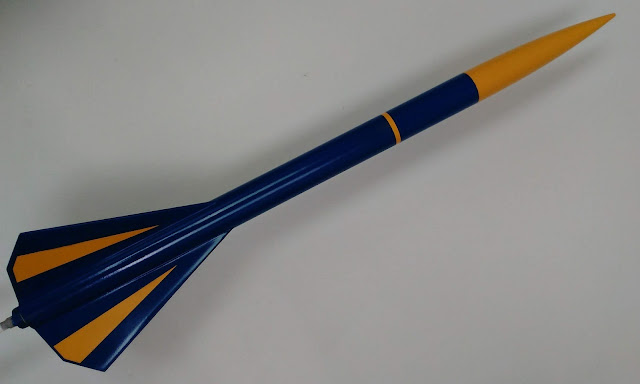 I filled the fins on the clone with Elmer's Carpenter's Wood Filler. I also think my paint job was a bit heavy. And there's the payload section which included a 1/4 inch thick basswood bulkhead, screw eye, and a small dab of epoxy.

So, now that I'm building the kit, I'm weighing it at each stage, just to see where the mass is coming from.

On the kit, I filled the grain with Brodak sanding sealer. I weighed all three fins together, and they were 33.1 grams. 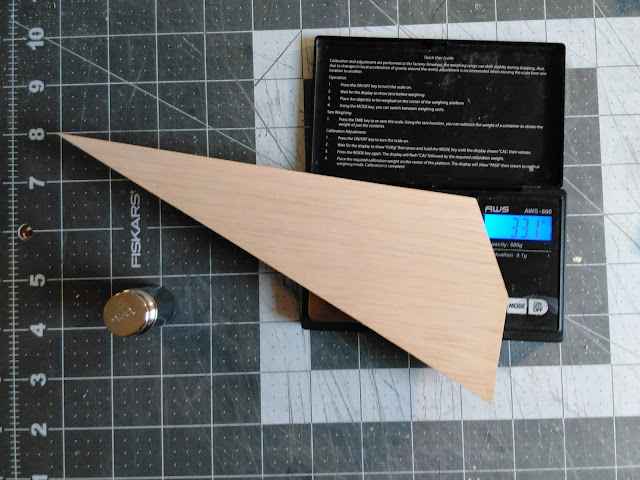 Then I used two coats of sealer, followed by a good sanding. Then I did a third coat and sanding, and a final fourth coat.

Then I weighed the fins. They came in at 34.1 grams before I sanded off the final coat of sealer. 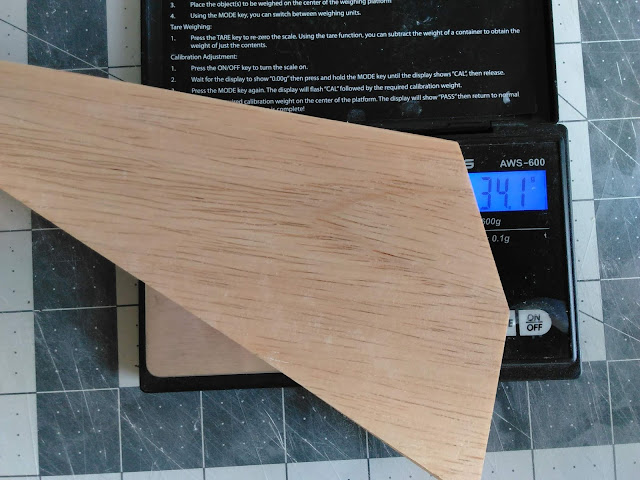 So, with no sanding, the whole set gained 1 gram - and these are large fins! That was really encouraging.

I sanded rigorously, until the fins were glass smooth, then wiped off all sanding dust, and weighed the fins again. 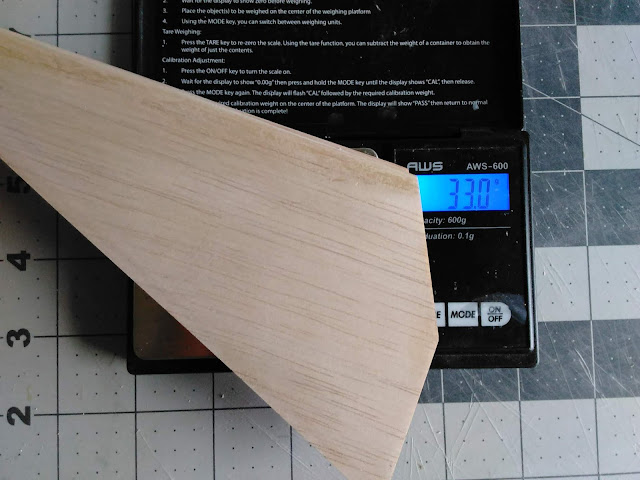 What?? The fins lost a tenth of a gram after sealing and sanding! Is this possible? Did the sealer allow me to sand off a bit of extra weight while maintaining a smooth finish? Is my scale acting up?

Instead of adding a tiny amount of weight, my fins lost weight! At the very least, they didn't gain weight.

I have a history of owning things that don't work very well - cars, appliances, etc. So when I see a result like this I tend to be skeptical that I got the right answer. I tend to think there's something up with my equipment or with the way I'm using it.

So, maybe the fins lost weight after filling. Maybe not. I guess this means I'll have to weigh future builds carefully to be sure.

Why am I so obsessed with what my rockets weigh, and where the mass comes from? Two reasons. First, I think readers of the blog will find it interesting, and I hope some will find it useful. The second is that when I started out, my rockets were all lighter! As my paint jobs have gotten prettier, my rockets have gained weight, and their altitude has probably suffered.

I used to paint very light coats, moving the spray can quickly, until I got full color coverage. Doing this, though, I rarely got a nice, shiny gloss coat on a rocket. To do that, I needed to paint a little heavier, so that the atomized droplets of paint could run together to form a nice shiny shell of paint. It's a tricky thing to get - you don't want to go so heavy with the paint that it runs and sags!


I've got the wet coat pretty well down, but the rockets have gotten heavier. I want to see if I can have pretty rockets that also don't weigh a ton. So I need to be rigorous with my testing. Maybe I can save weight another way. Or maybe I need to change my painting method.

In any case, it does fit with the original mission of this blog - I learn about this stuff, then I share it with you - and any other Rocket N00bs out there can benefit.

Have a question you'd like to see addressed on this blog? Email me at iamtherocketn00b@gmail.com.
Posted by The Rocket N00b at 1:15 PM