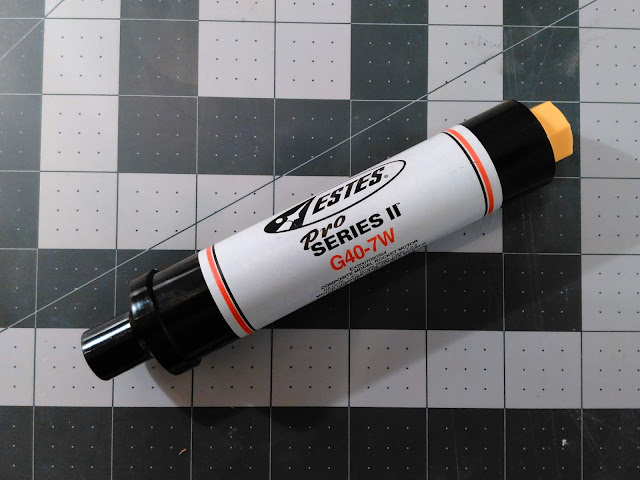 I knew this was coming. I knew it for a couple years. I expected it to come sooner, and when it didn't, I started to think maybe it wasn't happening.

But it has happened. The Estes G40-7 composite motor is gone.

This 29mm single use motor was manufactured by AeroTech, like all Estes composites. The G40 was the highest impulse Estes motor you could purchase. I really like the motor, especially for flying Estes Pro Series kits, as well as for things like my North Coast Rocketry SA-14 Archer. 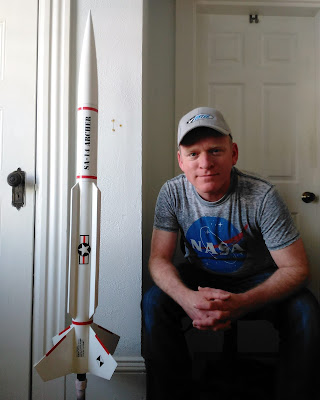 It was a simple motor to use, and performed really well.

I'm pretty sure I heard that the motor had been discontinued a couple years ago, when we spoke with Estes' designer John Boren on The Rocketry Show podcast. They had some left in stock - a couple thousand, perhaps - but when those were sold, the G40 would be gone forever.

Then Estes changed hands, and the G40 did not sell out as fast as I had assumed it would. Because of that, I was secretly hoping that they had decided to continue producing it. I bought a small stockpile of them, just in case, but I hoped I'd be able to pick some up for a long time to come.

Well, my stockpile is the last I'll be able to fly of this motor. I checked AC Supply today, and they finally had the motor listed as Discontinued. You can no longer find them on the Estes website. It's really, finally gone.

There are plenty of other mid power composites to choose from, of course. And I still have a stash of G40's, so I won't be out for a while. 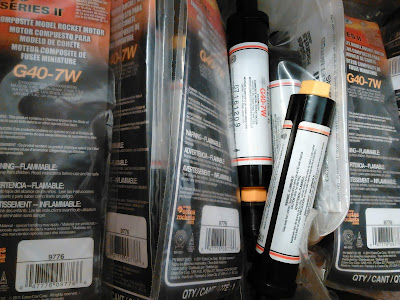 But I really like this motor, and I'm sad to see it go. It makes me wish I'd grabbed even more when I could. I don't think it was a terribly popular motor, but I love it. In fact, I've probably flown more G40-7's than any motor other than the C6-5!

It's simple, has a relatively long burn, and you can fly it without a waiver or high power certification.


It was also cheap, if you got it from the right source. AC Supply sold them at 40% off, which put them at just above $16 per motor. There was a HAZMAT fee to pay, but if you bought a large bundle of them, the shipping was free, so the HAZMAT became negligible. $35 is a lot of HAZMAT to pay for one motor. But if you buy a lot of, say twenty (I did that once), you're only paying an additional $1.75 per motor.

Time will tell if Estes gets back into composite motors. I won't hold my breath on this - I don't think Estes motors were as popular among APCP flyers as AeroTech or Cesaroni. But Estes definitely has plans on releasing new motors, and who knows what the future may bring?

Have a question you'd like to see addressed on this blog? Email me at iamtherocketn00b@gmail.com.
Posted by The Rocket N00b at 10:38 PM