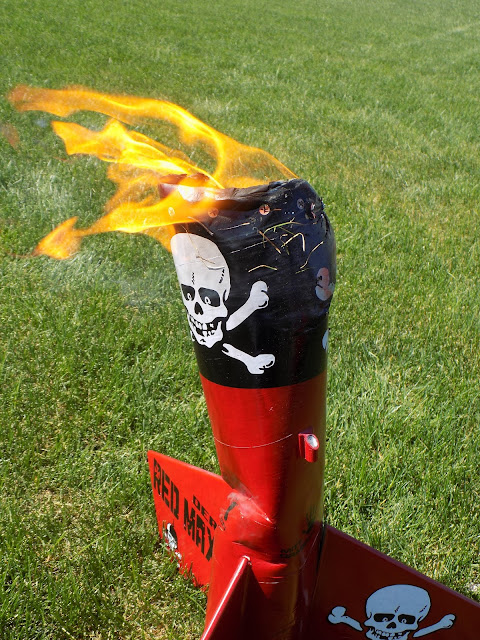 The weather was great today, and it was really a terrific launch up in Berwick, Maine. But a few of us really had bad luck, myself included.

These pictures are not my rocket. But they are of the rather tragic fate of one CMASS member's beautiful Estes Mega Der Red Max, made even harder to take due to the rocket being out of production, and quite hard to find for a reasonable price these days. 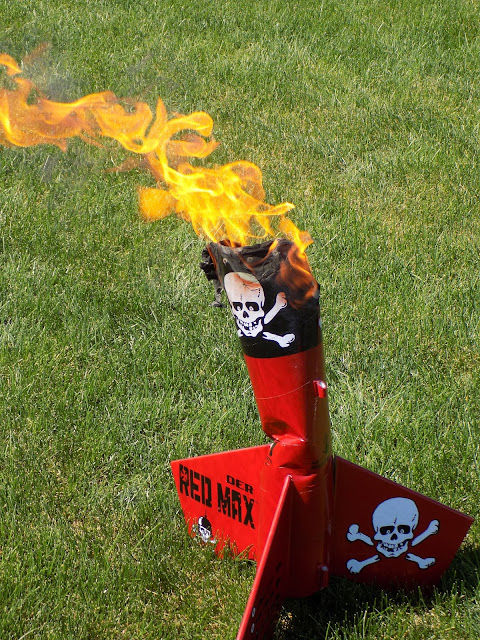 I ran over to help stomp out burning grass, but those flames had already been taken care of by the time I got over there. While waiting for the water pump to arrive, I decided to snap a few pictures. I knew this had to be captured for posterity. 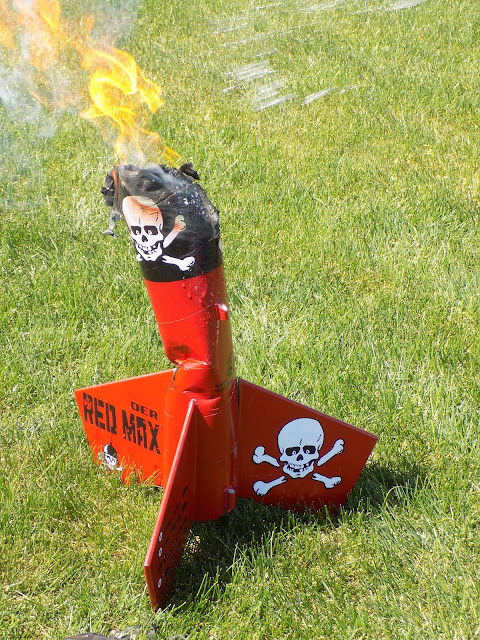 Despite several attempts to snuff the rocket out on the ground, it kept reigniting, and only water managed to put it out.

It's a sad fate for such a nice rocket, but on the other hand, it did smell amazing - like a campfire using only premium logs. 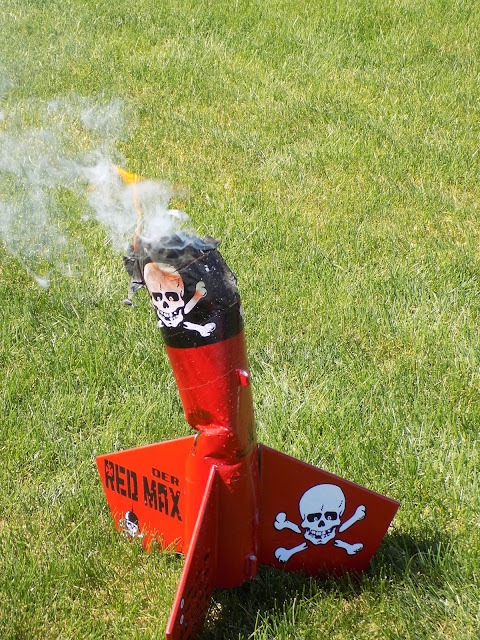 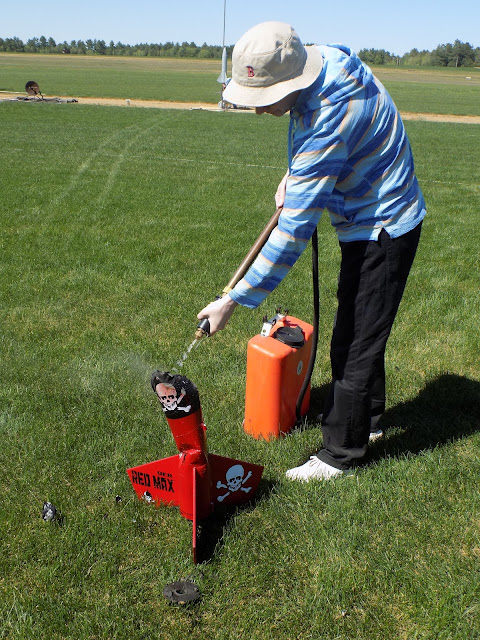 All my launches went badly to middling today. I didn't have as expensive or irreplaceable loss as this one, but the photos below kind of encapsulate how I felt about my flights. 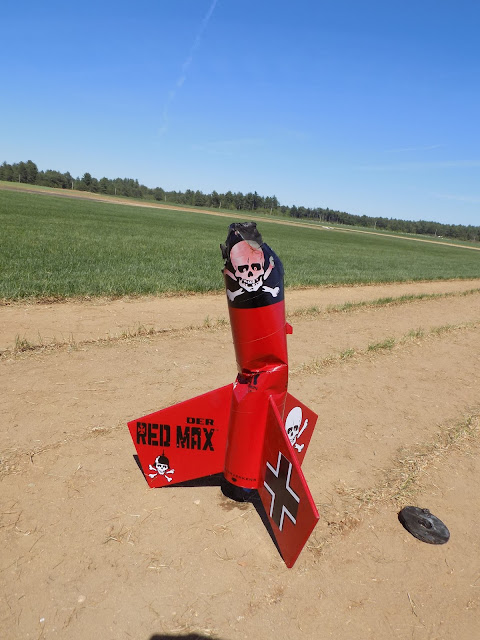 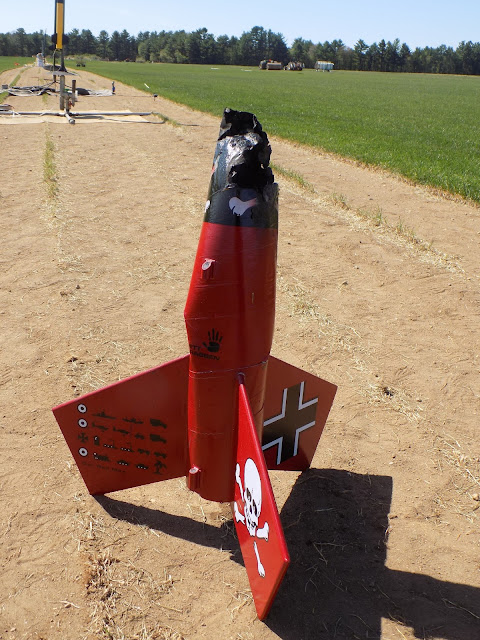 But my friend Joe did successfully do his Level 1 High Power Rocketry certification flight. And I got to help him prep the rocket for it, so it felt like kind of a success for me. He broke in my new Jolly Logic Chute Release, which of course worked beautifully.

So the day was still mostly good. 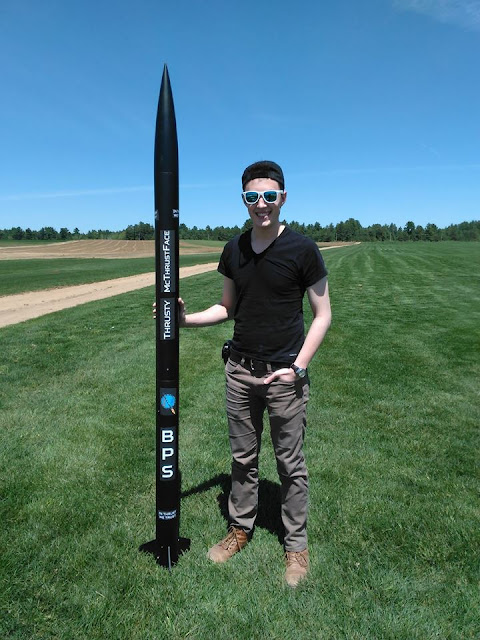 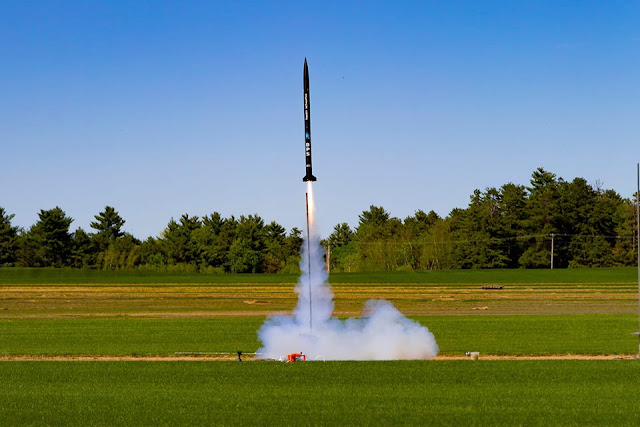 Have a question you'd like to see addressed on this blog? Email me at iamtherocketn00b@gmail.com.
Posted by The Rocket N00b at 10:09 PM