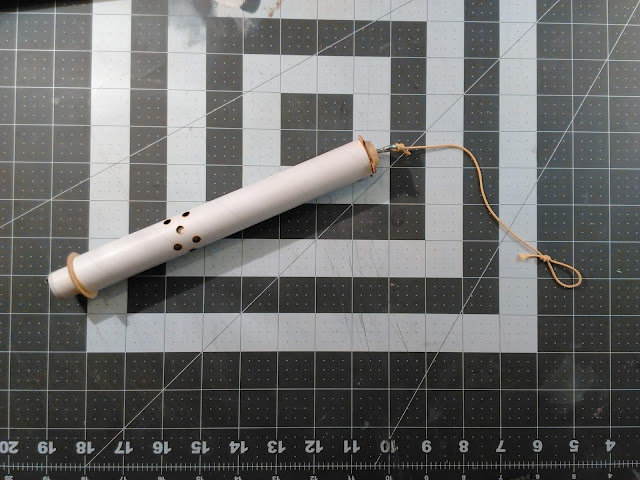 The ducted ejection motor mount system for the Semroc Bandit can be seen above. This is apparently a re-creation of the original Estes baffle system in the 1971 Bandit. The parts fit together well, and it's pretty neat - although it does add significant weight. If you went with a simple motor mount and just used recovery wadding as per usual, you'd probably get the Bandit to fly a lot higher.

But part of the pleasure of flying the Bandit is watching the whole flight. It's a pretty bird.

The end of the motor tube is plugged with a balsa bulkhead or nose block. Into that bulkhead, you attach one of the supplied screw eyes to anchor the shock cord. 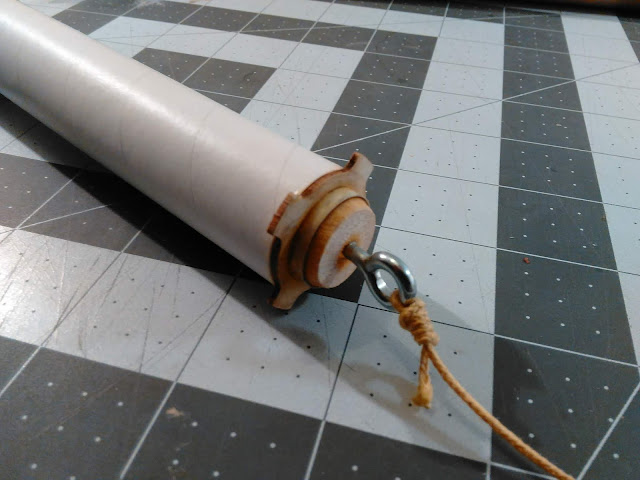 The shock cord which comes with the kit is a thin piece of sewing elastic. I decided against using it here for a couple reasons.

First, it's a little short for my taste. While I do use sewing elastic in my low power model rockets - a lot - I like to make my shock cords very long (more on this in a future post).

Second, despite the ejection baffle, I worry that the elastic will wear out over time after repeated ejections. Not from the heat, but from the chemistry. The caustic vapors from black powder charges have a negative effect on the latex in the elastic, making it brittle and prone to snapping. If I mounted an elastic shock cord that far down into the rocket, when it broke, I wouldn't be able to replace it.

I prefer to attach my elastic cords to something less prone to wearing out - Kevlar kite string.

While Kevlar will burn through after so many charges if it's right by the ejection site, with the baffle system, it will probably be just fine here.

I replaced the elastic cord with a Kevlar string, which I attached to the bulkhead on one end. On the other, I tied a loop. The Kevlar cord is just long enough that you can see it at the end of the body tube. 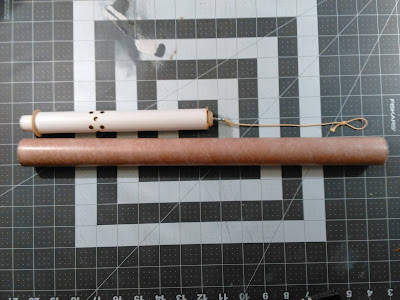 This will allow me to attach an elastic cord, which I can cut off and replace when it becomes brittle. 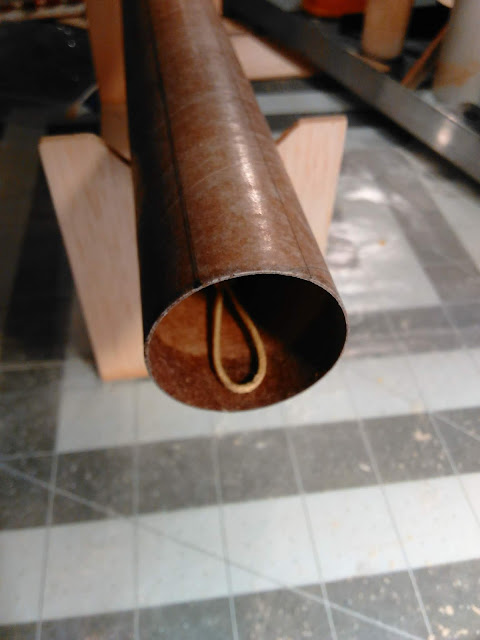 With the elastic attaching to the Kevlar inside the body tube, the shock cord is less likely to damage the tube should the parachute come out while the rocket is moving at high velocity. If the Kevlar extended beyond the end of the tube, there's a chance that the cord could cut into the end of the tube, possibly causing a jagged tear down the side of the rocket, known as a zipper.

I sanded the fins into airfoil shapes, which I often do. I like the finished look it gives to a model rocket. 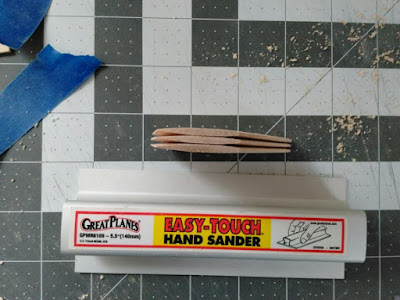 While these aren't perfect, they turned out better than this picture implies. Sometimes a closeup can distort things in a photo. They look pretty even in real life, and once on the rocket, you won't be able to see the imperfections without close examination. I could have taken a second crack at them and probably gotten better airfoils, since I have a spare set of fins (see Part 1), but I decided I was happy enough with these.

I sealed the balsa nose cone and even the fins with thin CA - cyanoacrylate or Super Glue - and sanded them smooth. On the fins, I left the bottom 1/4 inch unsealed. If you get CA on the root edge, wood glue won't bond to it as well, and a fin could easily pop off.

I used the Guillotine Fin Jig to glue the fins on. I made a couple layers of glue fin fillets and then treated the root edges of the fins with CA, then sanded again. 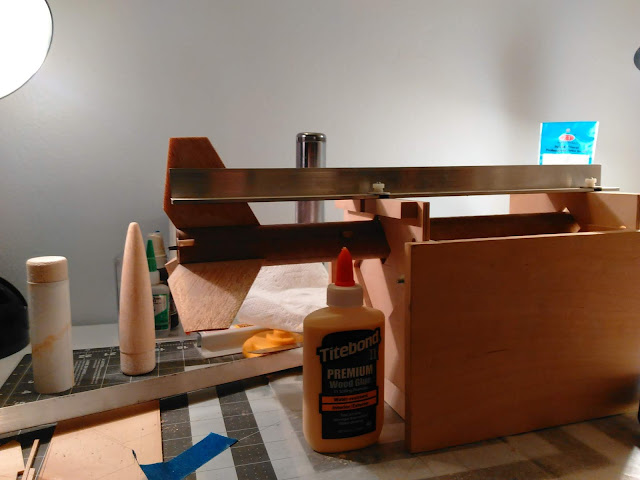 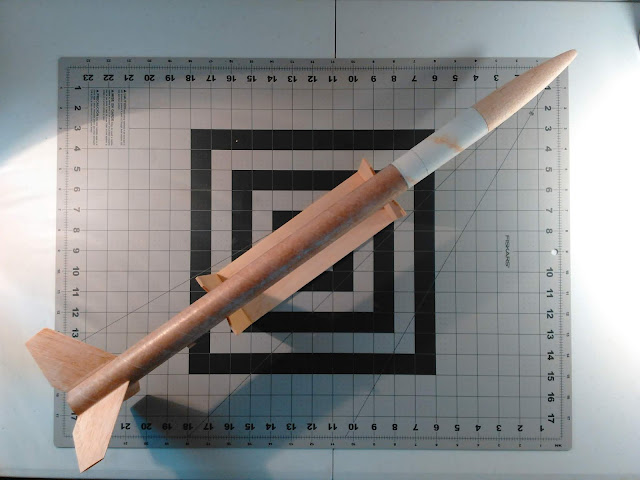 You'll notice that I did not fill in the spiral grooves on the main body tube, but I did on the white upper payload tube. That's because the lower tube didn't really have grooves as such. The spirals were more of a tight overlap, so there was nothing to fill in. My hope here is that a good few coats of filler primer will hide those overlaps.

You can fill in spiral grooves with heavy coats of filler primer, too, but I prefer carpenter's wood filler. Filling grooves in with primer alone takes a lot more primer, which is more expensive than wood filler. I like hiding the grooves, and I like getting more than one rocket out of a can of primer, so I usually use the wood filler method. You don't have to fill spirals if you don't want to, but I like doing it, and I have a pretty hassle-free (i.e. not much sanding involved) method.

Have a question you'd like to see addressed on this blog? Email me at iamtherocketn00b@gmail.com.
Posted by The Rocket N00b at 5:24 PM